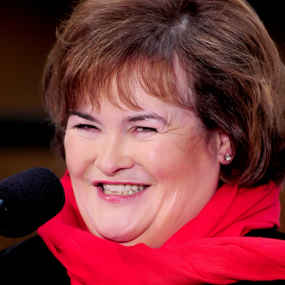 Susan Boyle Gives Up Candy for Lent For Charity – The ‘I Dreamed A Dream’ hit-maker is taking part in the Christian tradition of Lent, which sees followers cut out a favourite food or activity in the run-up to Easter.

And Boyle will be putting her sacrifice to good use by collecting the savings she makes on chocolate and donating the money to the Scottish Catholic International Aid Fund’s (Sciaf) Wee Box, Big Change project.

Charity spokesman Val Morgan says, “Susan has known about Sciaf’s work helping people out of poverty overseas since she was a young girl… This year Susan will be supporting the campaign by giving up sweets and chocolate.”

Read more about sweets in our blog.